By clicking submit you verify that you are 21 years of age or older and agree to our cookie policy. 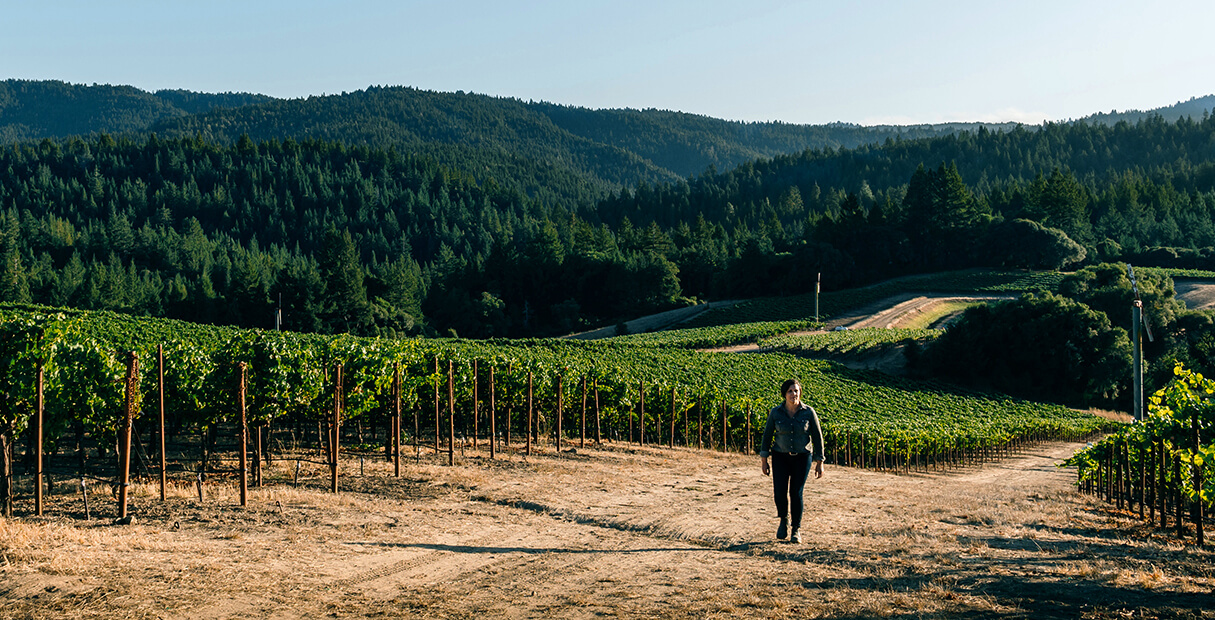 “There is a wildness about Anderson Valley. It’s still very untouched, rural, with a small-town feel. The future of Anderson Valley is limitless in my mind.”

Maggy Hawk Winemaker Sarah Wuethrich grew up in Cupertino, California, and arrived at the University of California at Davis intending to be an atmospheric science major. When she needed a few extra credits for her first semester, her father – a hobby winemaker – suggested she take an enology class, and the rest is history.

After graduating with her Viticulture and Enology degree in 2001, Sarah made her way to Sonoma County and honed her technical skills for several years at St. Francis and Lambert Bridge. When she and her best friend were invited to co-found a new wine label for Naked Wines, she jumped at the chance and spent several years making wine from lesser-known Portuguese varieties grown in small, forgotten California vineyards. In 2010, Sarah made the fateful decision to join Copain Wines as Assistant Winemaker, working closely with co-founder and winemaker Wells Guthrie. It was there that she fell in love with Anderson Valley and the incredible grace of its cool-climate wines.

Over the next seven years, Sarah immersed herself in the world of hands-off, European-style winemaking to showcase the diverse natural beauty of Anderson Valley fruit. She learned the secrets of the foggy Deep End vine rows and gained a deft touch crafting Chardonnay and Pinot Noir with lower alcohol, higher acid, and uniquely Anderson Valley character. In 2017, Sarah’s passion and expertise with Anderson Valley made her the natural choice to take over as Winemaker for the brand later that year.

Our Shipping document has been recently updated.